Another leg of my Indonesian journey after Jakarta. I’ve never been to Bandung but this time with my baking club friends who mostly reside in Jakarta and Bandung we planned this trip. For 3 days and 2 nights we went to a culinary adventure in that hilly cool place 150km south of Jakarta. Oh but 2 friends actually came from outside Java to join us, how nice! One was from Kalimantan and the other one from Bali.

Although Bandund is also famous for it’s factory outlet shopping but since we love our food so much we rather eat than shop in our short 3 days trip. And Bandung is the place to be for eating! So forgive me if most photos are just food. And next time you are in Bandung, you know where to go.

The afternoon Jakarta++ group arrived we immediately gather at one of member’s house,  Ine. Some member from Jakarta brought food and hosts prepared theirs as well. Foods were laid out, we had a feast. Clockwise; orange punch, one ingredients of es palu butung with steamed banana in dough, HOT chips (one reason why Bandung is famous is because of their endless variation of hot snack), traditional Indonesian cake, (the round colourful ones is getuk, made from steamed cassava mixed with sugar while the other one is kue lapis made from rice flour, coconut milk and sugar). 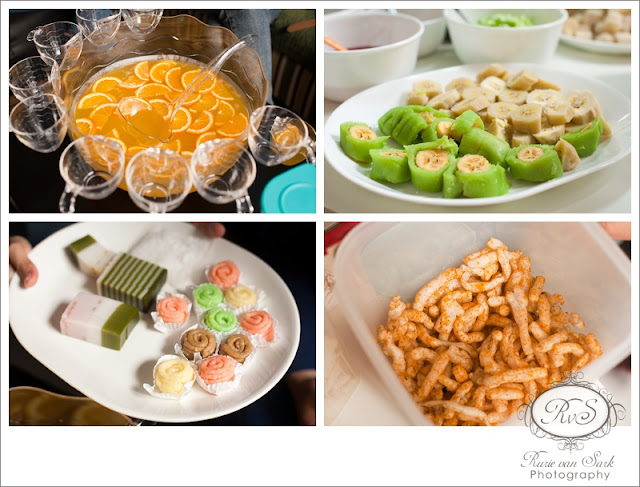 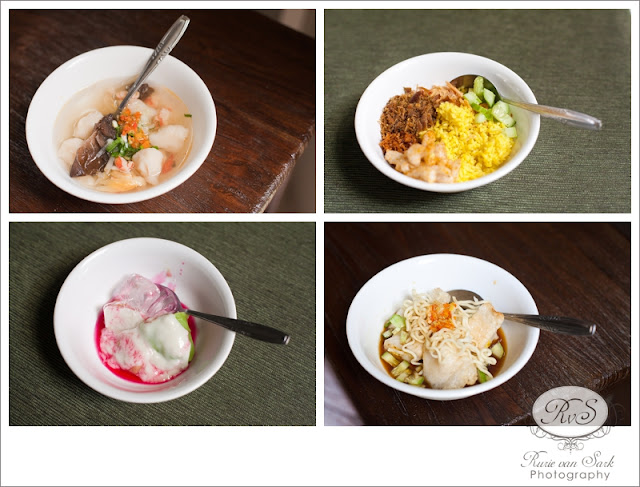 If that didn’t satisfy our appetite already, we went to Batagor Kingsley. Now batagor is short of bakso tahu goreng. Which means its basically tofu with bakso ingredietns (in this case fish with tapioca flour) added inside and fried. Served with peanut sauce. 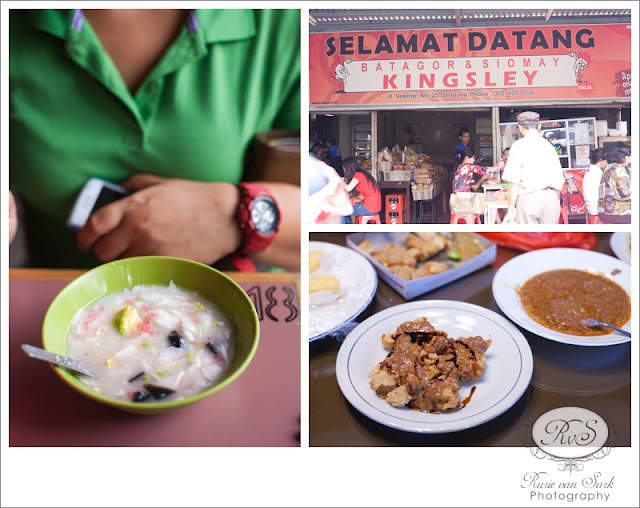 Oh this one is hate and love. Durian, the king of fruit in ice cream form. We Indonesian love our durian so much we have like endless variation how to eat it.

This seller you can find in front of the Batagor Kingsley. 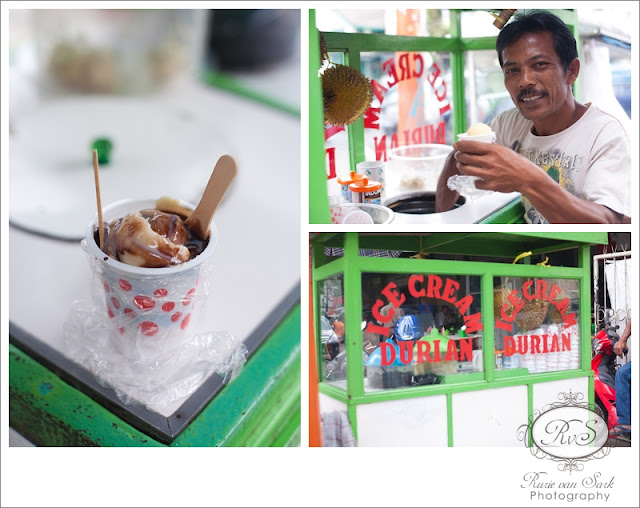 Another one made from tapioca flour. Cireng or aci digoreng (aci = tapioca, digoreng = fried). Also served with peanut sauce.

Notice how we also love to abbreviate words. 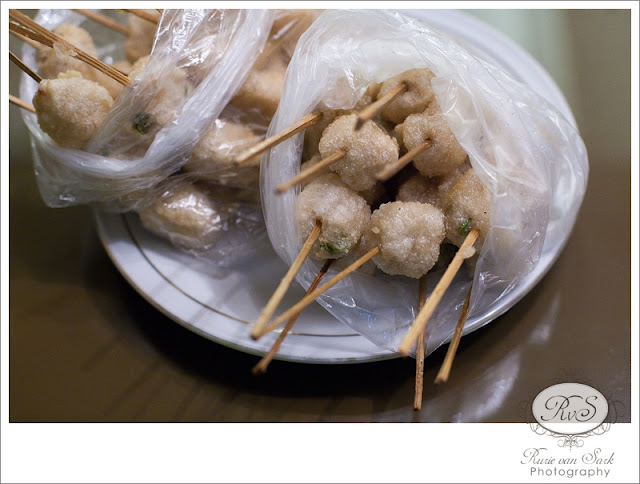 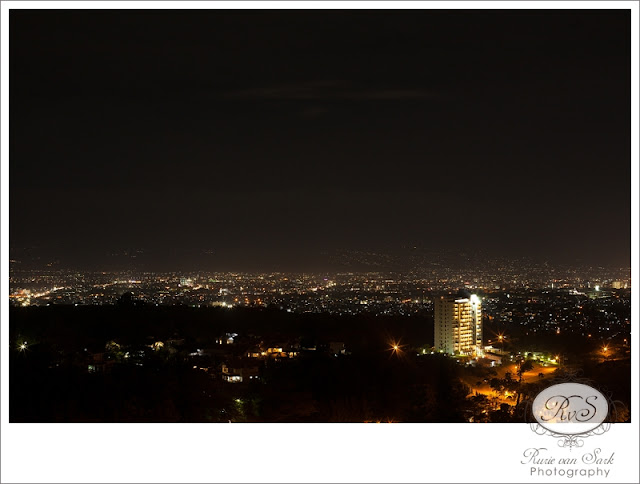 Market in Indonesia tends to have more sellers than it could handle, so what happens that they just overflowed to the street. And we call it pasar tumpah or overflowing market. 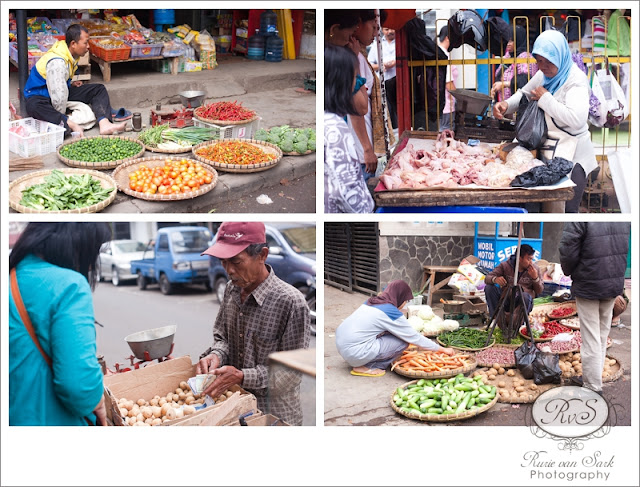 The next morning we had breakfast at Warung Kopi Purnama. If I’m not mistaken is one of the oldest coffee house in Bandung since the 40’s. You could order inhouse food  like coffee, tea, bread but also order from the food card outside the shop and eat it inside. For example this bubur ayam (rice porridge) was a winner! 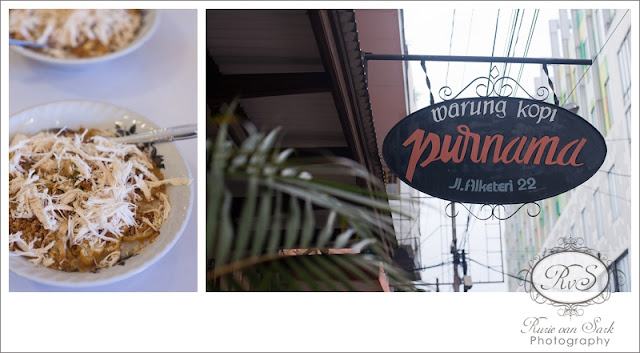 Next we went to Kopi Aroma. This ancient coffee factory has been in Bandung since the 30’s. Now it is one of Bandung Heritage, a living monument. 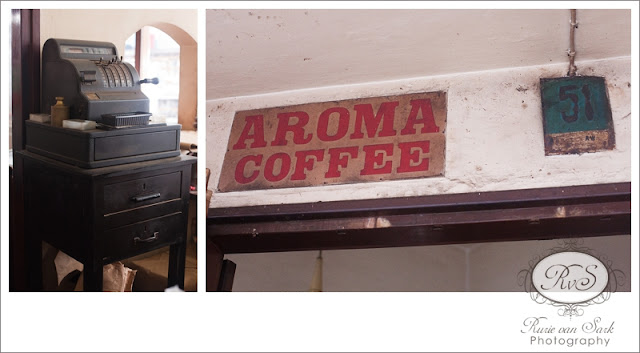 The coffee prior to branding is kept for at least 5-7 years (GASP). Pak Widya told us that it is an important stage of coffee making as then the coffee would loose its acidity and safe to be consumed without creating tummy ache. 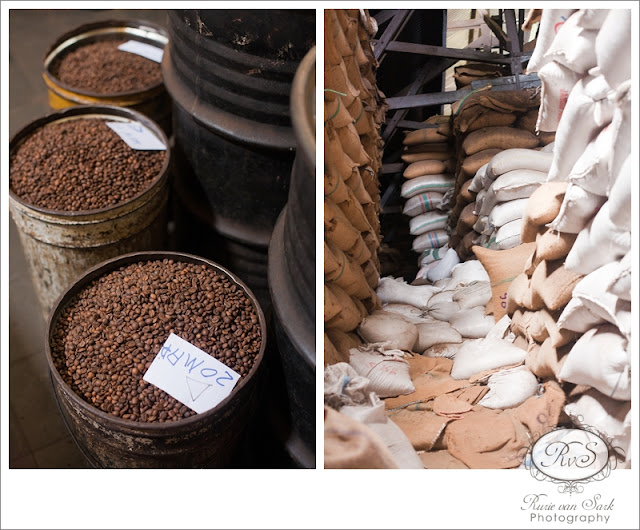 Photo on the left top is Pak Widya Pratama. He is such a humble man. He showed us around his factory and happily told us all the story about the place. From its history to how he would go on his own to coffee plantation to ensure the quality of his coffee. And he still goes daily doing the same work as the rest of his worker. His dedication and warmth is one of a kind. As he was telling story how until now he doesn’t have anyone to continue the coffee factory once he would go to retirement. I felt that is sad and I hope one day that would not happen.

On the below right is the year when they started using the coffee roasting machine.

And the bicycle of his father standing proudly on top of the factory ceiling. 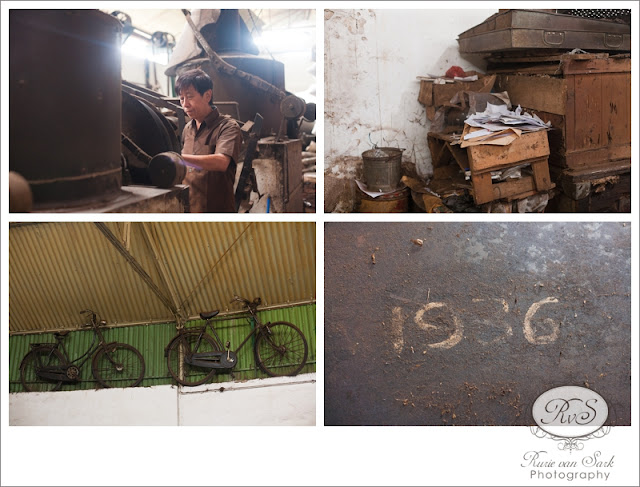 One worker is roasting the coffee, it smells heavenly over there. 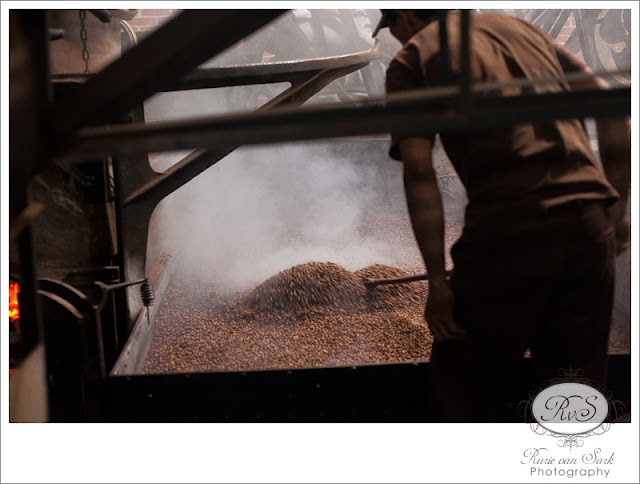 And voila ready to sell. See the packaging is still original and in Dutch. 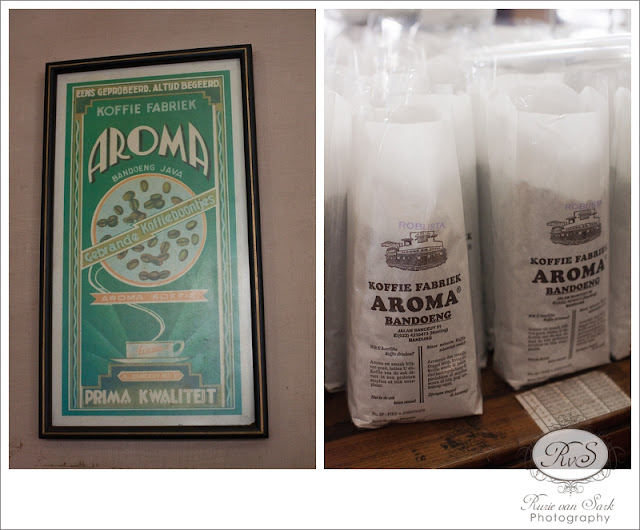 For our next stop we went to Sumber Hidangan, another living monument from colonial time. As you stepped in you would instantly feel that you are somewhere else with it’s art deco furniture, workers with the same age as our grandparents, a slightly dusty feeling as well (probably a common with old building). 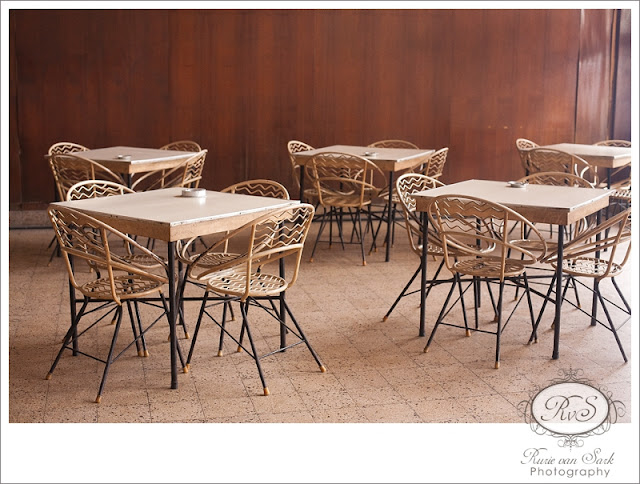 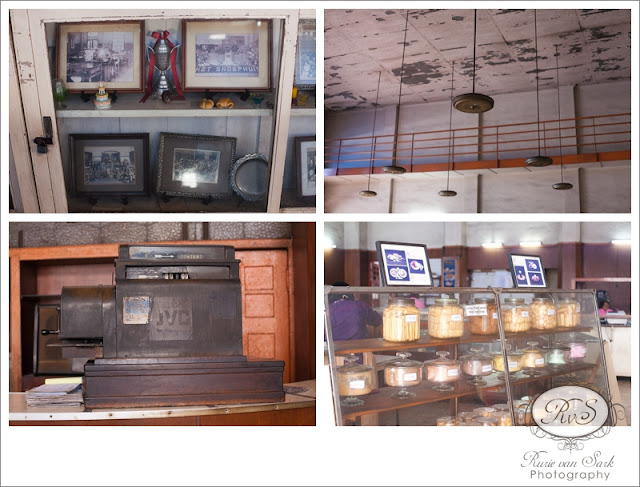 The menu is even still written in Dutch. 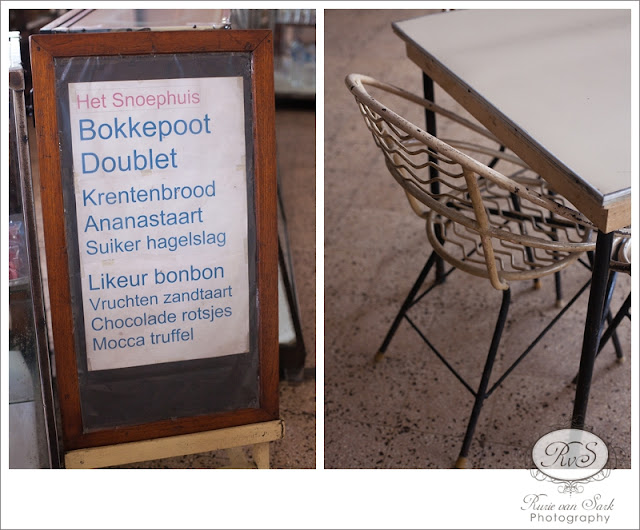 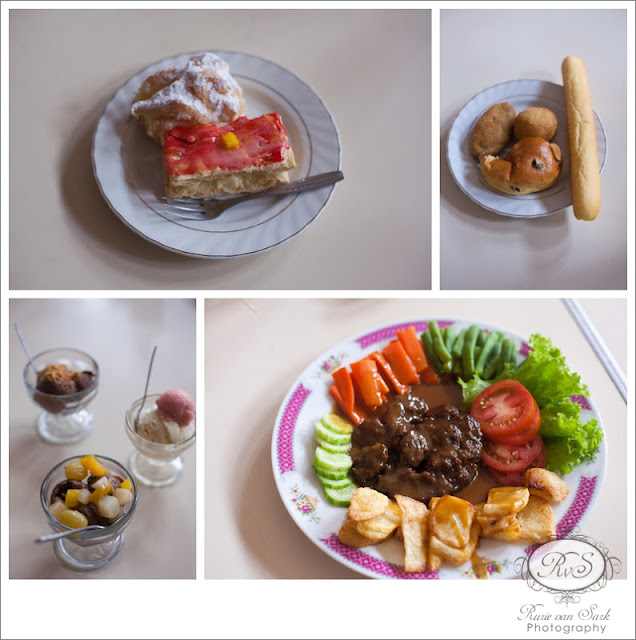 Apparently this street of Braga is quite the place for everything colonial. 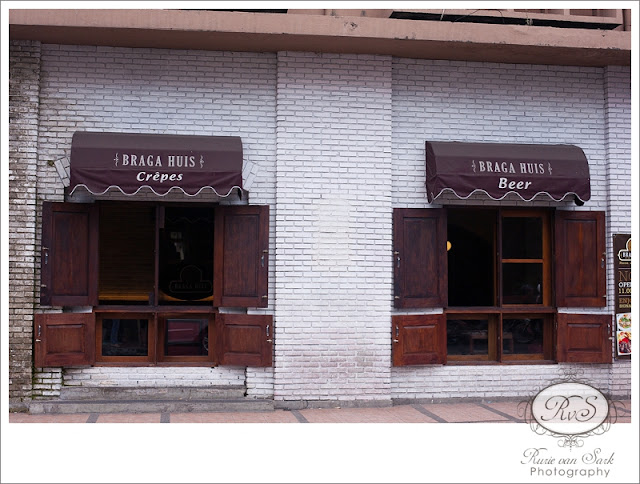 Another one on the same street is Braga Permai. 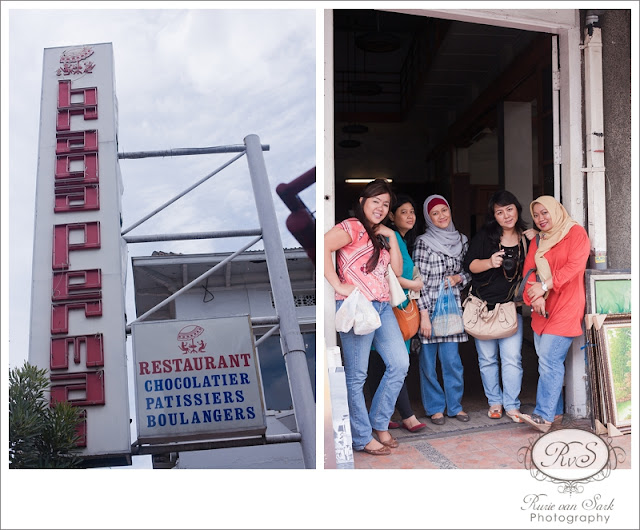 People in Holland, do you recognize this? 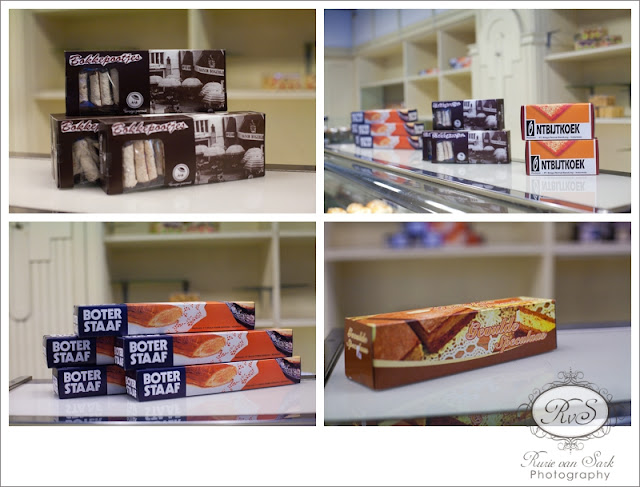 And if you think we had had enough to eat, you were wrong. Because proper meal in Indonesia has to consist rice. Off we went to Rumah Makan Sunda Ibu. Hj. Ciganea. Now Sunda is the native people of Bandung and their Sundanese food is very delish. 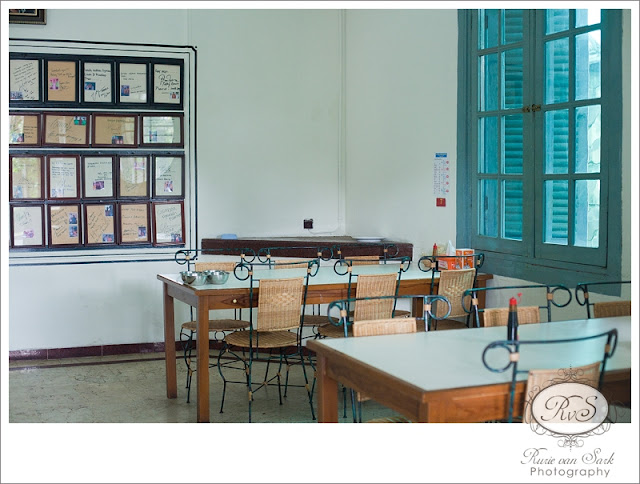 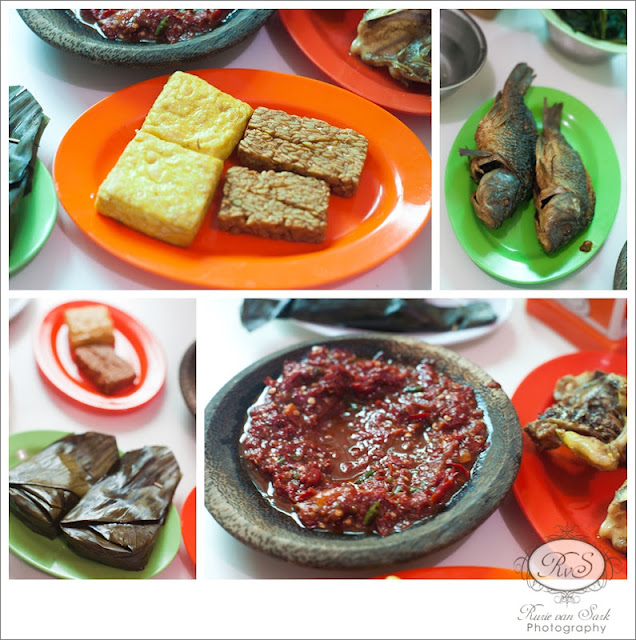 On the left is a typical Sundanese food. Karedok is a mixture of raw vegetable in peanut sauce. Usually the vegetables used are cucumber, cabbage, mini aubergine, bean sprout and hairy basil. Yes the Sundanese people love their vegetable raw. Very healthy indeed. 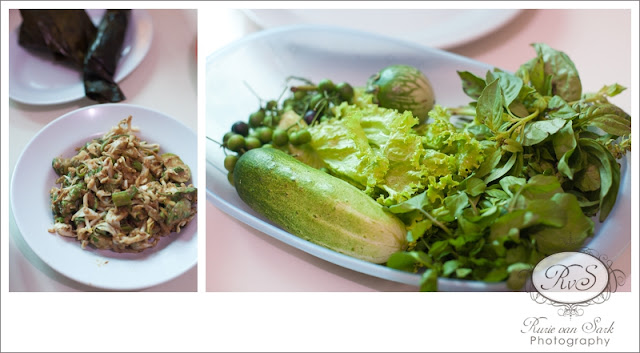 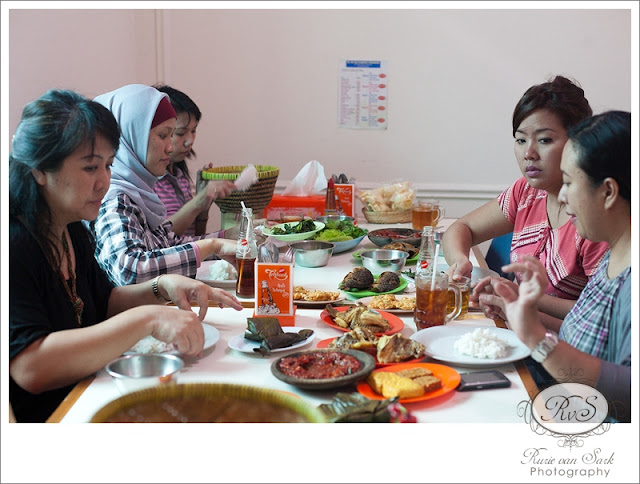 On the last day before we left to Jakarta, of course some quick photo with the lovely morning light. 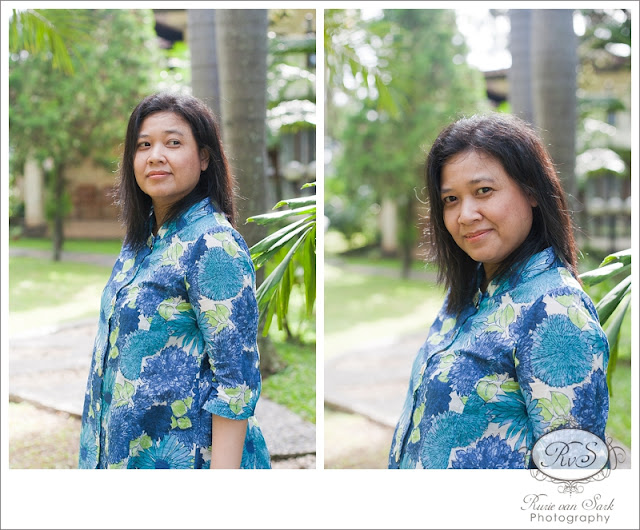 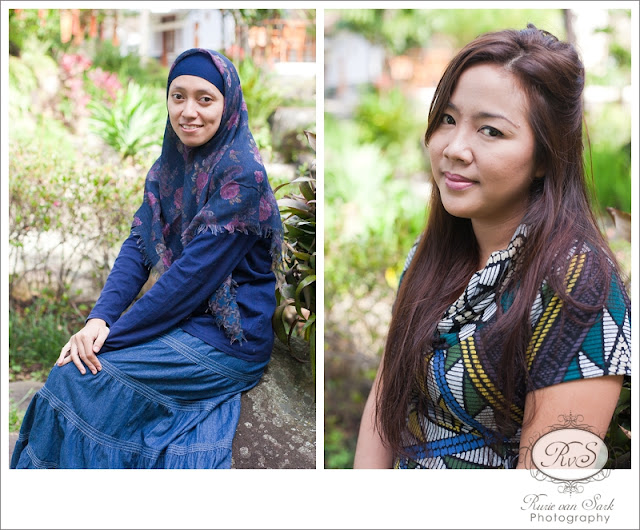 Argh I love Bandung and thank you to all my dear friends who joined me! It was definitely something that I will always cherish. And I can’t wait to get back!