Whoa can’t believe that my journey to Indonesia was already been 2 months ago. Time went fast this year which is a good sign. I was so happy I could go back to Indonesia after 2 long years, despite of going alone. Although in 2 years many things have changed esp. in prices eek things have gone more expensive over there. Since I’m not a great story teller I will show you in pictures what I’ve been, seen and most importantly eaten. Also equally important were all the great people I met along the way.

First part would be Jakarta the capital city since I came via Jakarta. Before this journey I didn’t really know much about Jakarta. Well I had lived there long time ago when I was a child but nothing I could remember about that. After than I went one time in college and again couple of times for arranging visa. I was never stayed there long enough to see how it is life in Jakarta. But not only Jakarta, through this Indonesian journey series I want to show you how’s Indonesia, It’s life, it’s culture. In that other part of the world where I used to live. And believe me after 2 years I was pretty much in culture shock myself.

Kopdar of Kopi Darat is a term we use when we meet up with online friends. Two years ago when I came to Indonesia I did that too but this year was even more bigger as I got to gather with Indonesian Food Blogger and also my Online Baking Club (KBB) friends. Quite funny that altough we never met before but we engage intensenly online, we felt that somehow we have met before thus there was basically none ackward moments just fun, fun and fun!

We met at a food court inside a mall. Now don’t get me started on malls in Jakarta because they are so huge and extravaganza and oh so many and still growing. I could make an entire blogpost just about them.

Now this food court name is Eat & Eat. It has a unique one with a vintage theme. Now it seems vintage just hit everything not just the wedding scene. At later blogpost I would show more pictures about this since I went there in total 3 times the entire time I was in Jakarta. 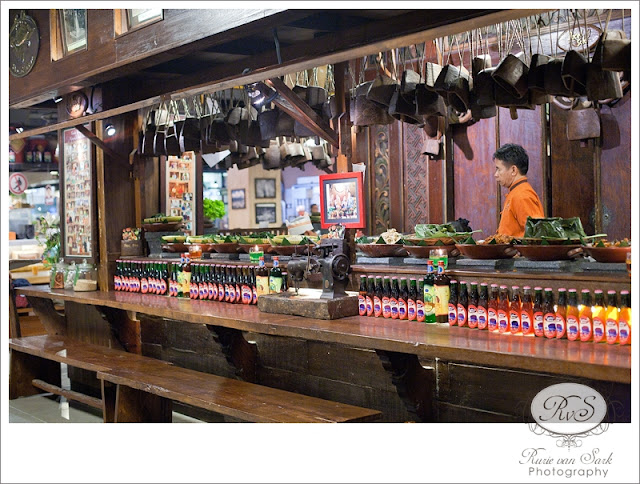 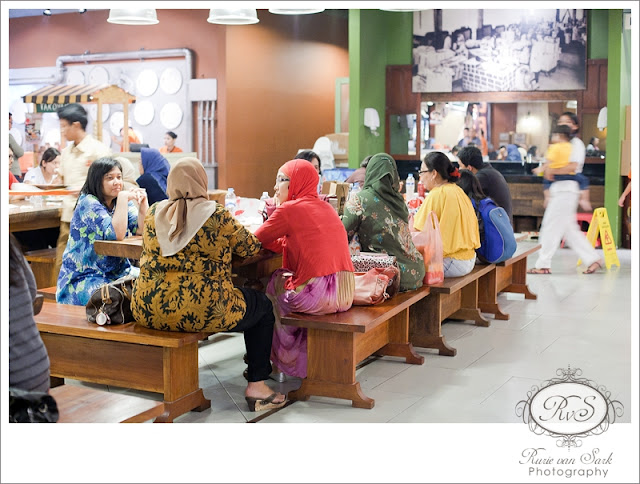 Didn’t take many photos that time because it was just too much fun talking. But this ice dessert caught my eyes. It was a chocolate shaved ice (but very smooth shaved) high like a tower with some toppings around it (my guess that the topping on the side was choco crunch). 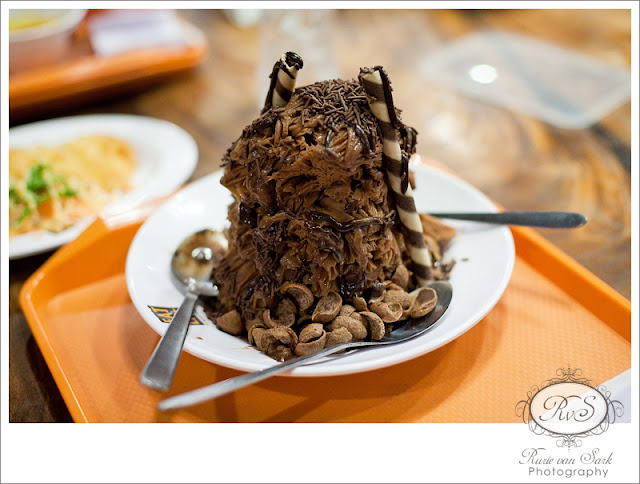 A group photo made with the pocket. It was great to see you guys! 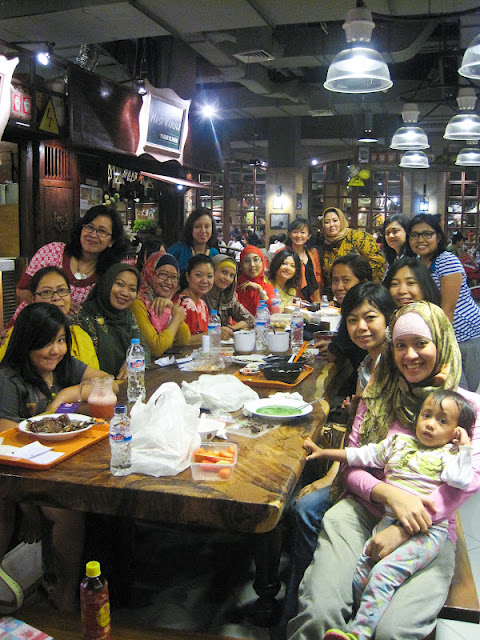 A friend took me for a date at Kemang Area. They say this is where the expat like to hang out although I didn’t see any at the time, as it was in the weekdays and in the broad day light.

The left dish was asem asem daging literally means sour meat but basically it tasted pretty much like sour soup. Very refreshing in a hot day. 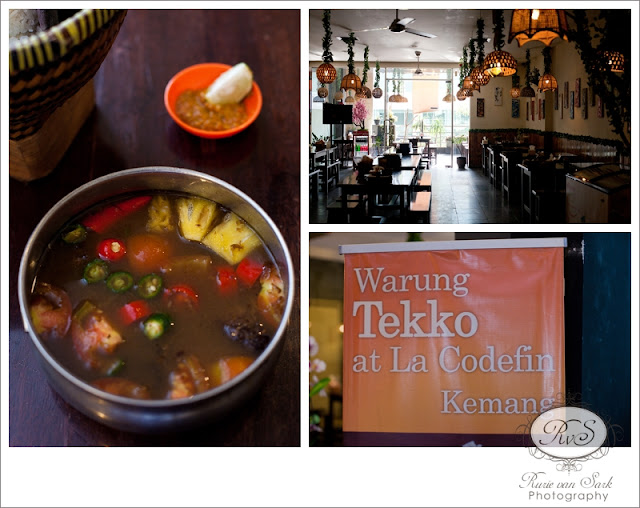 One of my favourite food is chicken, I like it in any way. That’s why this traditional fried chicken with sambal was one of my favourite. For so long I lived in Indonesia I never once found this refreshing drinks. Made of orange juice mixed with young coconut flesh. A new favourite! 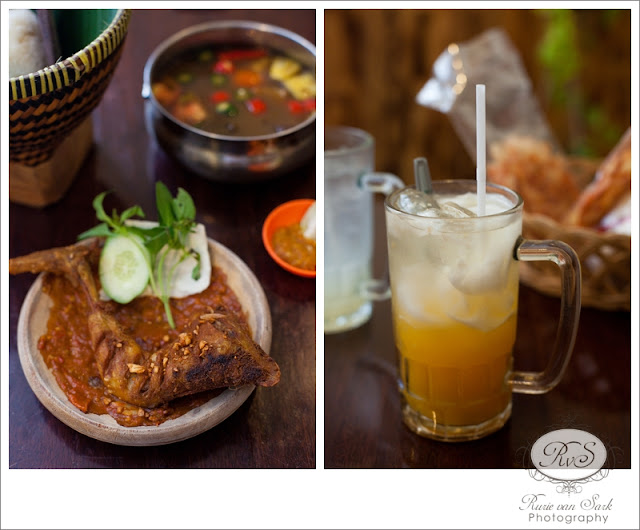 Since most of my friends in Jakarta are food blogger and baker. I of course got to follow them on duty, like this one time we went delivering cake to her client’s birthday party.

This is my lovely friend Mbak Pipin and her husband. Now this is not the first time we met. Last year she went to Holland and that was our first meeting. That time we roamed around Holland and she got to spend one night in my house and this time I had the same experience with her in Jakarta. 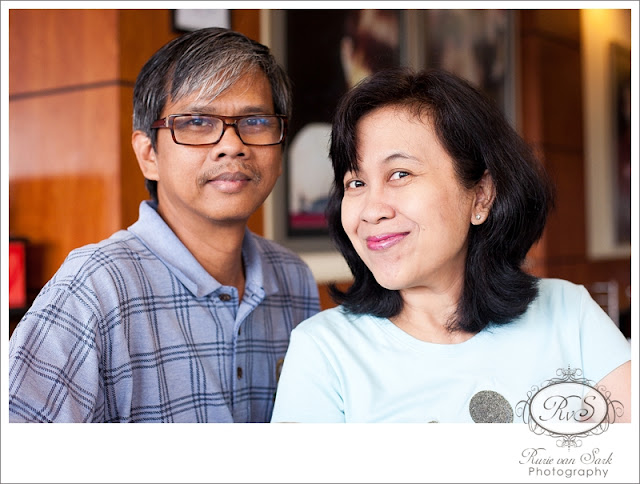 The party for the lucky boy was taken place in a well known fast food chain restaurant. 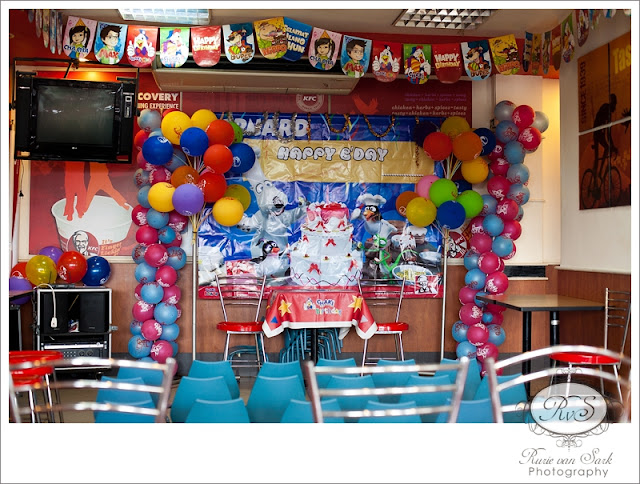 Goodie bags for the invitee. 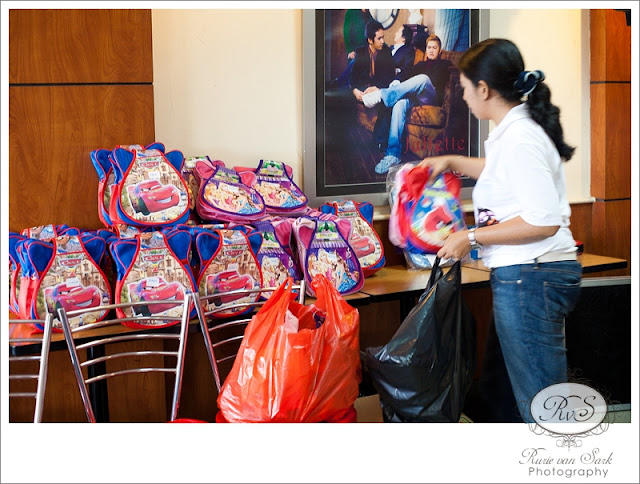 And the lovely Cars cake made by Mbak Pipin. 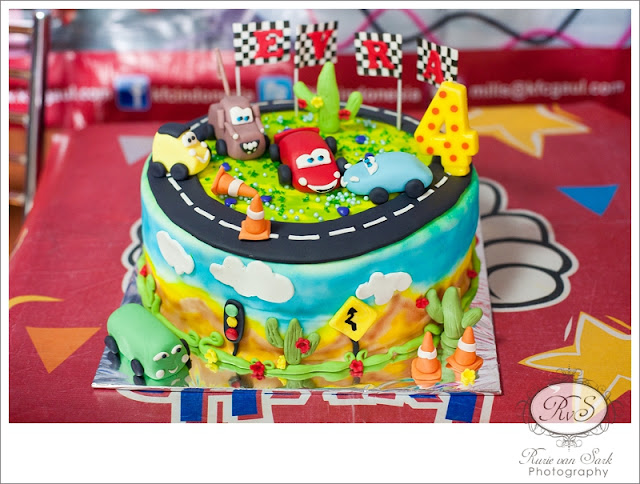 I went to a hospital to visit my uncle and this I found on the waiting room for family. There people stay at the hospital for days to help taking care of the family member who is hospitalized and this is a common view esp. at a public hospital. This is actually better than what I used to see because here they were built a special waiting place, before you could basically see them scattered about in the hospital corridor. 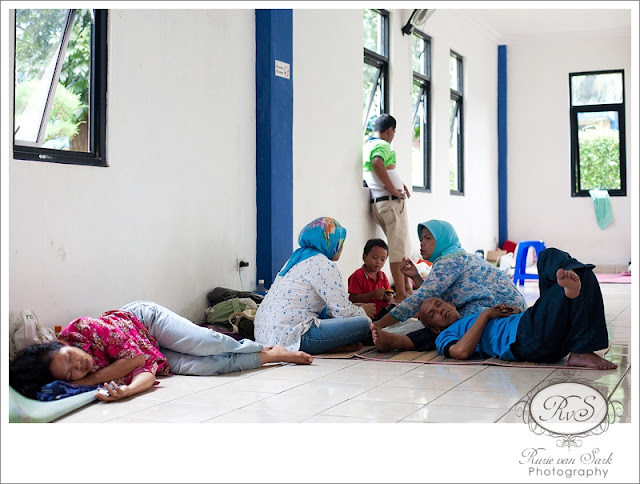 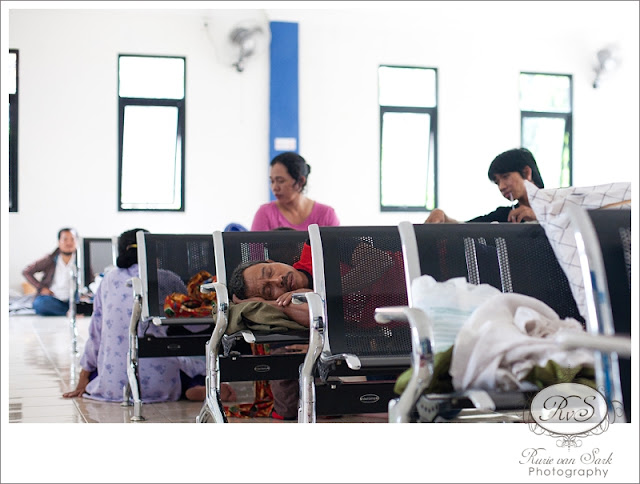 Back to  more happy pictures.

Kopitiam or literally a coffee house is mushrooming all over Indonesia, it seems a new place is opening every day. These are a usual menu at such coffee house, left was ice coffee and right was fried banana with shredded cheese and chocolate sprinkles topping (yes we do mix sweet and savoury like this). Yum! 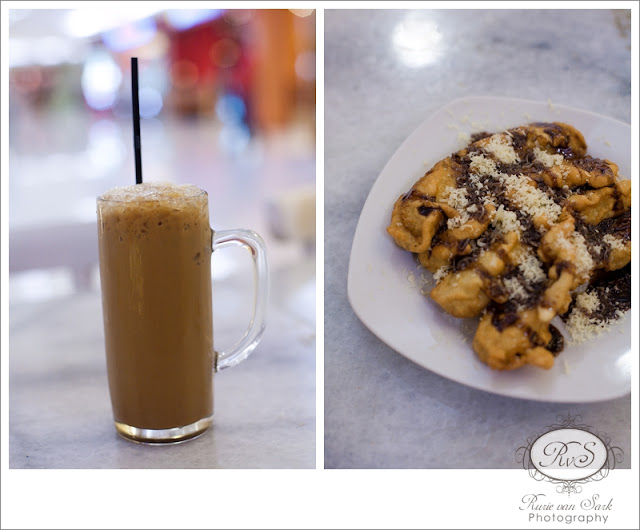 We also went to a warung that sells Acehnese food. Now fyi Aceh is like on the east edge of Indonesia and Indonesia is so big I’ve never been there. But thankfully regional food like this is easy to find on big cities nowadays. 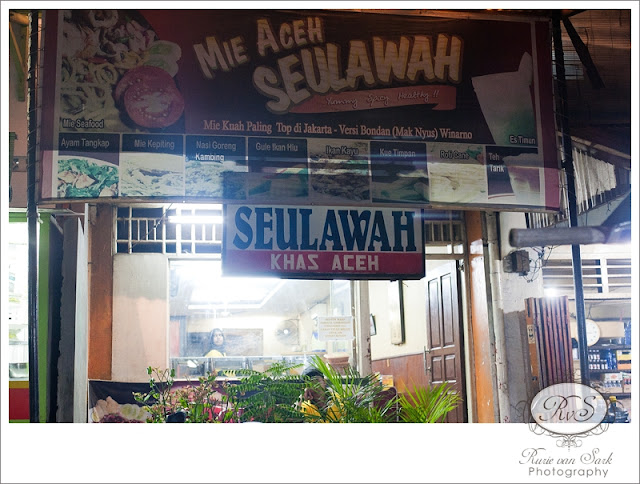 We tried mie goreng Aceh which was wonderful. Spicy, hot, savoury all the goodness in one plate. To share for two persons since the portion was huge. 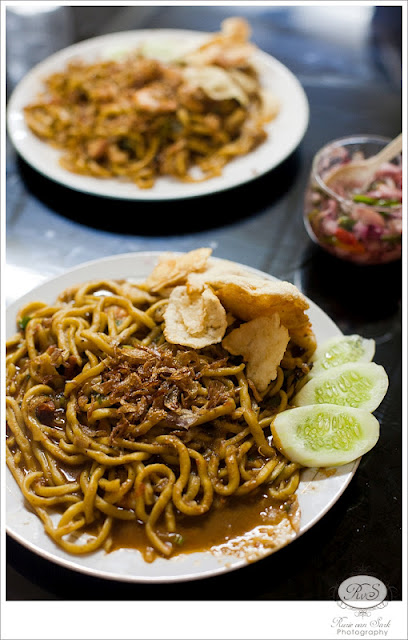 Eh? Sambal Ganja? Weed Sambal? It turned out it was just a name because the sambal was sooo good they named it like that. We didn’t try it though, but next time we should. If you don’t know it yet, Aceh is also famous for it’s (illegal) weed plantation. And since it is illegal in Indonesia, they always made news whenever the police found hectares and hectares of the said field. But story said that people there are used to the weed, not as a form of a recreational drugs but as herbs for cooking. 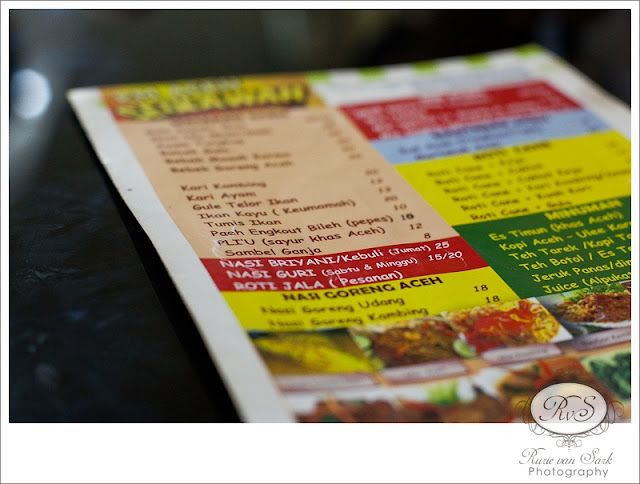 See I told you vintage virus is everywhere. This one is a cute shop selling vintage wares, toys and my favourite vintage snacks! 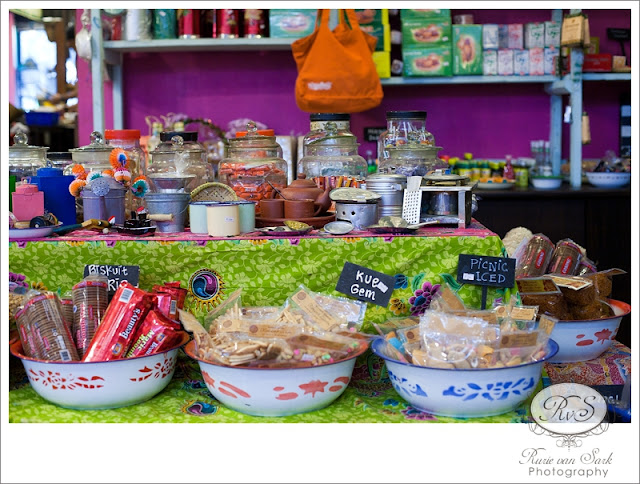 On the left is cigarette mint, they really look like real cigarettes aren’t they? 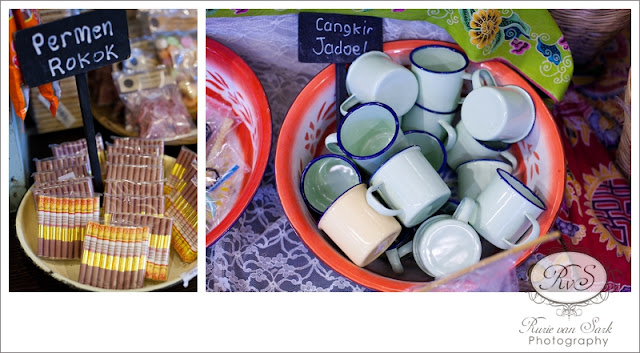 More food. This one was rujak cakwe. Now I know rujak which is bite size fruit with chili sugar topping but never mixed with cakwe (Chinese fried bread stick) like this, usually they add cakwe to porridge. But like this was also nice. 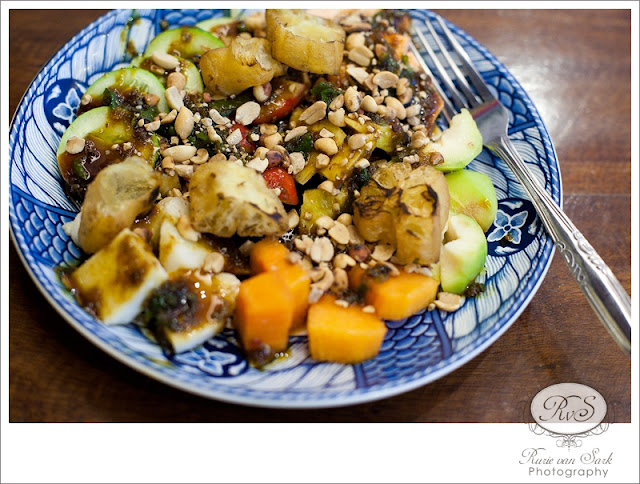 Krupuk melarat with HOT peanut sauce or poor krupuk (poor as in not rich). Not sure why the name but probably instead of deep frying the krupuk in hot oil, krupuk melarat was fried in hot sand. Yes you read it right hot sand. But worry not you won’t taste any sand in there. 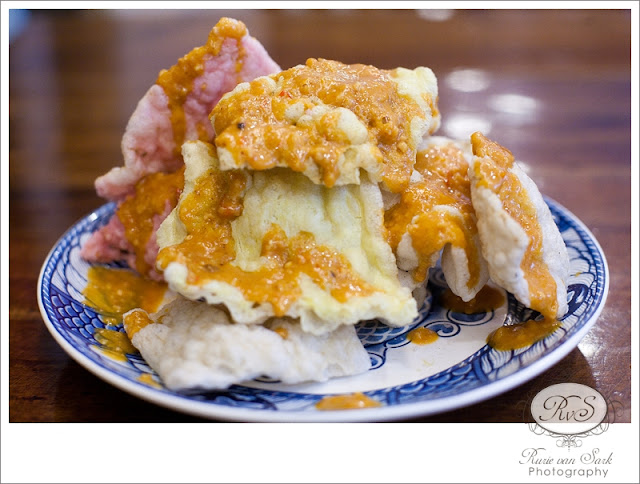 A street cat I saw at a freeway stop on my way to Bandung, a typical Indonesian cat, skinny and tough. 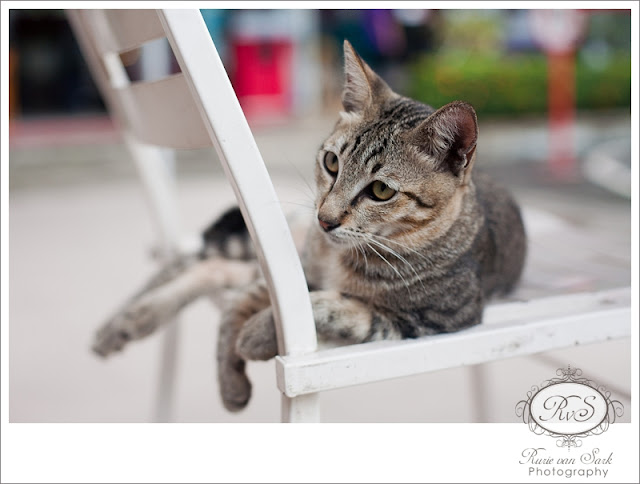 Quite a long blogpost, until next one where I would be in Bandung.